The uniqueness of the Canal du Midi: threshold of Naurouze, Malpas tunnel, Prehistoric village of Ensérune

It took a huge amount of courage and a lot of imagination when the engineer Pierre-Paul Riquet decided on the project to link the Atlantic and the Mediterranean with a canal.

Today, a mix of some spectacular sites to visit and books that tell the story really show how impressive his exploits were!

The threshold of Naurouze, sometimes also known as the threshold of Lauragais, is a pass located at 189 metres above sea level and the highest point of the Canal du Midi. It is at the border of the regional departments of Haute Garonne and Aude, on the municipality of Montferrand and not far from Avignonet-Lauragais.

The threshold of Naurouze is located on the watershed of the Atlantic Ocean and the Mediterranean Sea and is named ‘Bief de Partage’ or ‘shared reach’ in English. This shared reach is the culminating point – the canal waters on one side flowing towards the Mediterranean (Canal du Midi) and on the other side the canal water flows towards the Atlantic (Canal de Garonne). The joining of these two waterways is known in French as ‘le Canal des deux Mers’ or ‘the canal of the two seas’.

What makes the threshold of Naurouze unique is that in the same geographical location we see waters flowing in opposite directions – east towards the Mediterranean or west to the Atlantic. Imagine throwing a floating stick into the canal and not knowing which way the wind and flow will take it.

The threshold of Naurouze has been known of since ancient times – during Roman times it connected Narbonne to Toulouse and was an important border within the region.

Later, during the reign of King Louis XIV, it was the famous designer/engineer of the Canal Royal du Languedoc (later to be renamed the Canal du Midi) Pierre-Paul Riquet who was responsible for this project of sharing and connecting the canals. A solution was needed to try and supply water to the highest point of the canal which stood at 189 metres above sea level. Riquet’s brilliant idea was to capture the waters of the Black Mountains and bring them to the threshold of Naurouze. He built a lake (the lake of Saint Ferréol near the town of Revel) followed by a channel that carried the waters to the threshold. In time, due to this water reserve tending to disappear, the shared reach was developed and flanked by the two famous locks that are named after their linking waters – the Atlantic Ocean and the Mediterranean Sea. 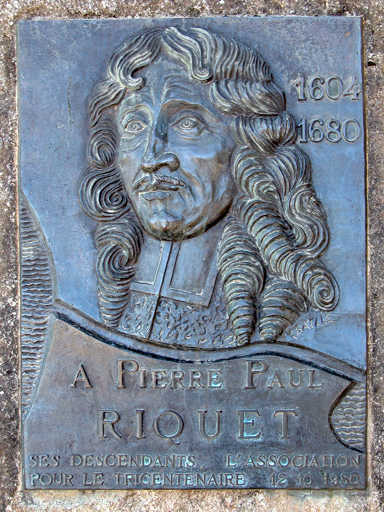 It was in 1679 that the Malpas Tunnel was excavated through Ensérune Hill in Hérault to allow the continuation of the Canal du Midi and canal boats to be able to travel along it. It would be the first tunnel built for a navigable canal in Europe and the achievement is once again down to the determination of Pierre-Paul Riquet, the chief engineer who designed it. The tunnel is located in the municipality of Nissan-lez-Ensérune.

At the time of digging the tunnel there was huge disappointment when the work reached Ensérune Hill. After only a few metres into the hard rock, the workers came across very fragile sandstone which was susceptible to sliding and collapse. Jean-Baptiste Colbert, the then Prime Minister, on becoming aware of the situation put a stop to the works.

Riquet’s response was to ask his master mason, Pascal de Nissan, to continue the tunnel secretly despite the risk of collapse and in less than eight days the 170 metre long tunnel was finished, complete with a concrete ceiling to hold it up. Unfortunately, Pierre-Paul Riquet died just a few months after the completion of his masterpiece. 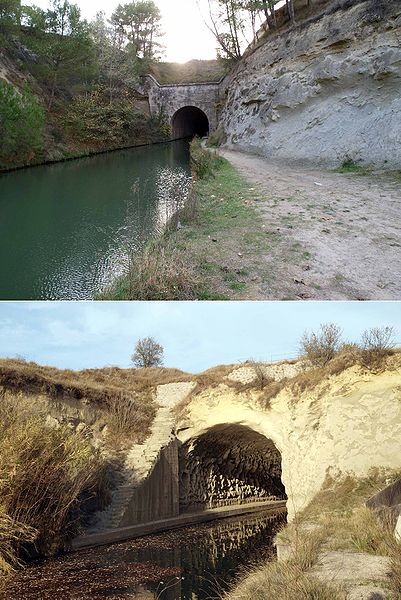 From the Malpas Tunnel you can reach on foot a Languedoc archaeological site that is now classified as a national monument – the Oppidum (a Latin village) of Ensérune which is one of the most important Gaulish villages of the south of France. 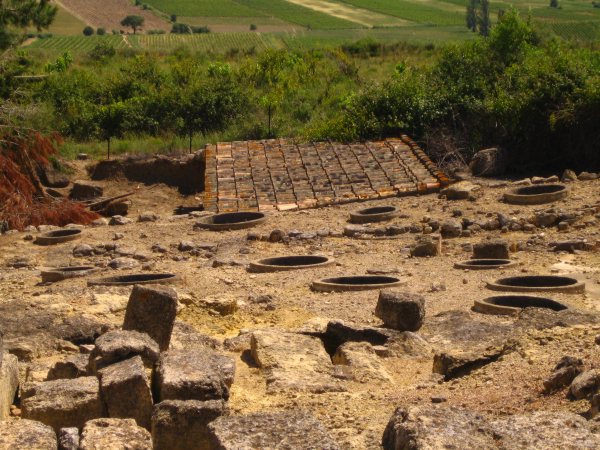 Exploring here is an original idea for a cultural visit with family and friends – a must see if you’re passing through the Malpas Tunnel by canal boat or barge.

This archaeological site is an outstanding example of an ancient village. Built on a rocky promontory, it offers 360 degree views of the surrounding wine plains and the amazing Etang de Montady, a wetland that was drained by monks in the 13th century and that is now reminiscent of a bicycle wheel and nicknamed the ‘Soleil de Montady’. The sun-shaped ditches were built to cultivate 420 hectares of land with a network of canals allowing water from the surrounding areas to travel to the centre. The water was then introduced into the land via a tunnel of 1300 metres.

Today this survives as a masterpiece of hydro-agricultural engineering of the Middle Ages and something you should definitely visit. 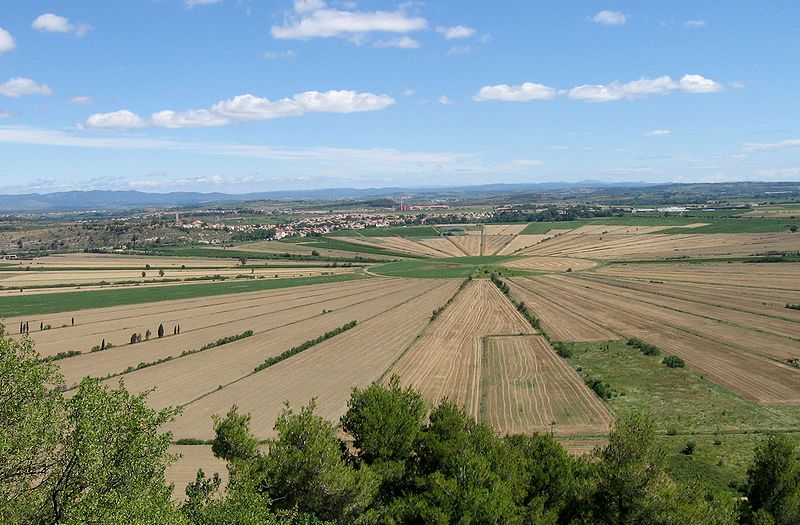