Another hidden gem to be found along the Canal du Midi is the small port of Le Somail. This peaceful and charming hamlet gives a true reflection of life in the past.

In South Minervois, Le Somail is located in a little corner of paradise and keeps strong ties and an atmosphere of its 17th century past. The Canal du Midi was completed at the end of 1682 and it was around then that the port of Le Somail was built. It gets its name ‘Somail’ from the old French word for ‘sleep’ as it was built as a stop-off point for the trade and a staging post for long journeys along the canal. Le Somail is home to some remarkable buildings including the Inn which is identical to how it was in 1773 and the chapel which dates back to 1684 when it was built before being enlarged in 1842. There is also an icehouse from 1684 which used ice from the Montagne Noire to preserve goods from winter through to the hot days of the Languedoc summer.

At the heart of Le Somail is the bridge of Le Pont Saint-Marcel. Also known as ‘de Riquet’ it is remarkable for its basket vault, a characteristic of the first bridges of the Canal du Midi. Nearby you’ll also find the well known and picturesque lock keepers cottage – an inspiration for so many artists and photographers who visit the region – and be able to follow the former towpath used by horses towing barges before we had engine power! 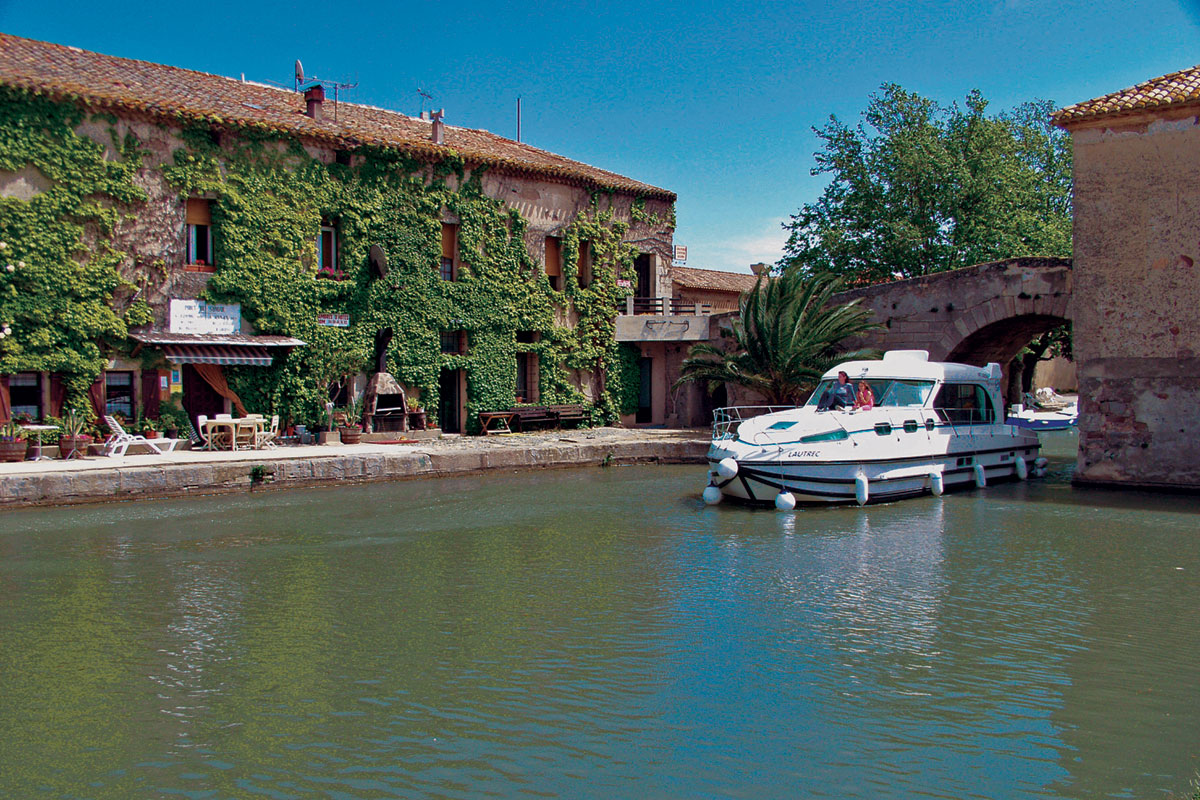 A location that's full of life

It might be quaint, but that doesn’t mean that Le Somail isn’t bustling with energy. In fact it is very much the meeting place for both tourists and locals! In the holiday season the majority of visitors are those who arrive by boat, with 80% of these being foreigners who have come to discover the Canal du Midi – a UNESCO World Heritage Site since 1996.

The village is also lively thanks to the many local businesses that welcome tourism. You’ll find numerous restaurants and hotels.

In addition to tourists Le Somail is also popular with those interested in the arts. Each spring a number of events are hosted including the “de l’art et des mots” (‘of art and words’). Bookworms must make a visit to the incredible book shop aptly named “trouve-tout-du-livre” (‘find all the books’) which is thought to be the largest collection of old and second hand books in Europe. 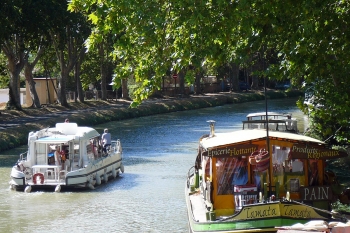 Your canal boat holiday on the Canal du Midi begins when you collect your Nicols boat from our base at Le Somail. Our offices are located in a recently converted Bergerie (country estate farmhouse) and the base team will be on hand to show you the ropes of your canal boat before you set off. Remember, no previous boating experience or a licence is needed.

Before you set off and leave Le Somail, make sure you visit the canal barge ‘Tamata’ – one of the prettiest and most unusual grocery stores you’ll find – and stock up with local products to keep you going for the first couple of days of your boating holiday.