You’ll find Narbonne in the French department of Aude, to the east of Carcassonne and about 15 kilometres from our Nicols base at Le Somail. When you set off on your boating holiday from Le Somail you will navigate for 2.5 kilometres on the Canal du Midi until you arrive at the intersection with the Canal de la Robine. Here you switch to the Canal de la Robine and cruise for a further 10 kilometres, passing through 11 locks, to arrive at Narbonne after approximately four hours of navigation.

A history lesson on Narbonne

The first known residential settlement in this area was a fortified citadel in Montlaurès which is about 4 kilometres to the north-west of the present city. Founded in 118 BC, Narbonne was also the site for the first Roman settlement beyond the Alps and into the Gaul province. It was originally named Narbo Martius.

Narbo Martius, a Roman colony, soon became the richest town in southern Gaul and was named ‘Gallia Narbonnaise’ by Emperor Augustus and made the capital of a province stretching all the way from Toulouse to Geneva.

In addition to this status as the capital of the whole of southern Gaul, Narbonne’s location was a key factor in its success. The city was located on the vital Domitian Way route while the port became important as both a commercial and fishing port right up until the beginning of the 14th century. Serious flooding however in 1320 led to landscape changes that would see the river Aude change course – the outcome being that the port of Narbonne now became a pond and why nowadays it is now located on a wine-growing plain some 13 kilometres inland. Add to this flooding the misery of The Hundred Years War and you can start to understand why from the 14th century Narbonne was greatly reduced in size.

Today though, thanks to wine production, tourism, railway construction and other development Narbonne is thriving. The city has a slightly larger population than Carcassonne and thanks to an abundance of historical treasures it is an essential stop for canal boaters enjoying a boating holiday on the Canal du Midi and the Canal de la Robine.

The centre of Narbonne, dissected by the Canal de la Robine, is an attractive setting for shopping and enjoying your free time. The award-winning Les Halles covered food market (open from 6am – 1pm every day) is located on the banks of the canal and is said to be one of the finest in France. On a Thursday there is also an outdoor market that stretches along the banks of the canal and adjacent to Les Halles which sells everything from flowers to clothes. Shopping can be thirsty work but never fear – the canal is lined with cafes! 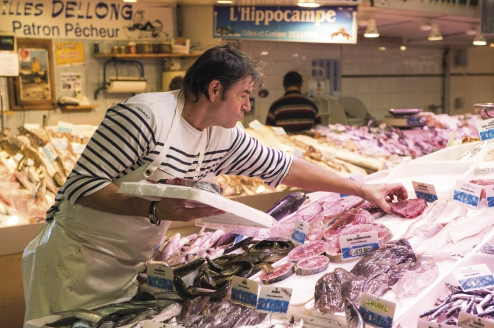 The sites to visit in Narbonne

Narbonne has an extremely interesting history and is an extraordinary place to visit. You’ll find treasures from all eras – ranging from Roman times right through to more contemporary days.

St-Just Cathedral and the neighbouring Palace of the Archbishops form a unique architectural ensemble. Together, they take up the majority of the town centre area of Narbonne. 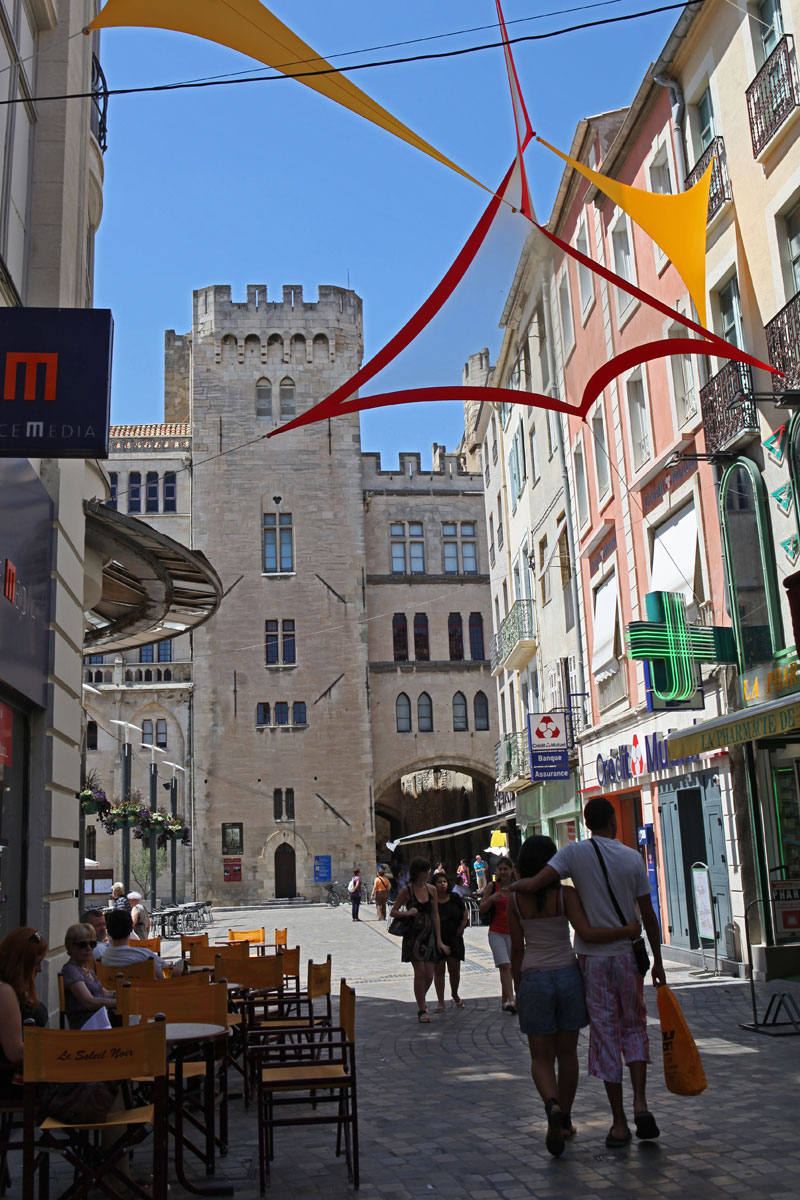 The Palace of the Archbishops of Narbonne

The impressive Palace owes its presence to the powerful bishops of Narbonne who at the time were highly important. Today visitors are in awe of the sense of history that surrounds it in addition to the art and architecture that have been preserved from years gone by. Enjoy a day of history and culture with over ten different attractions to visit just within the Palace. These can be done easily in a day trip and there are two museums – an Archaeological Museum and the Museum of Art and History. 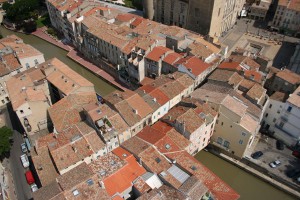 The Roman city of Narbonne

The city of Narbo Martius was created in 118 BC in order to take advantage of the junction between Via Aquitaina and Via Domitia (the first Roman road to be built in Gaul and which enabled the movement of soldiers and merchants between Italy and Spain) and also the potential of a port. It proved to be a wise decision as the area thrived and eventually became the capital of the region. Inscriptions and contemporary stories suggest that it was a prosperous city and became home to the region’s largest amphitheatre, numerous temples, public baths and luxury townhouses.

Unfortunately, there is very little of this remaining today as a large part of the city was destroyed during the invasion by barbarians. Nevertheless, the local museum has one of the finest collections of roman murals detailing this colourful history. 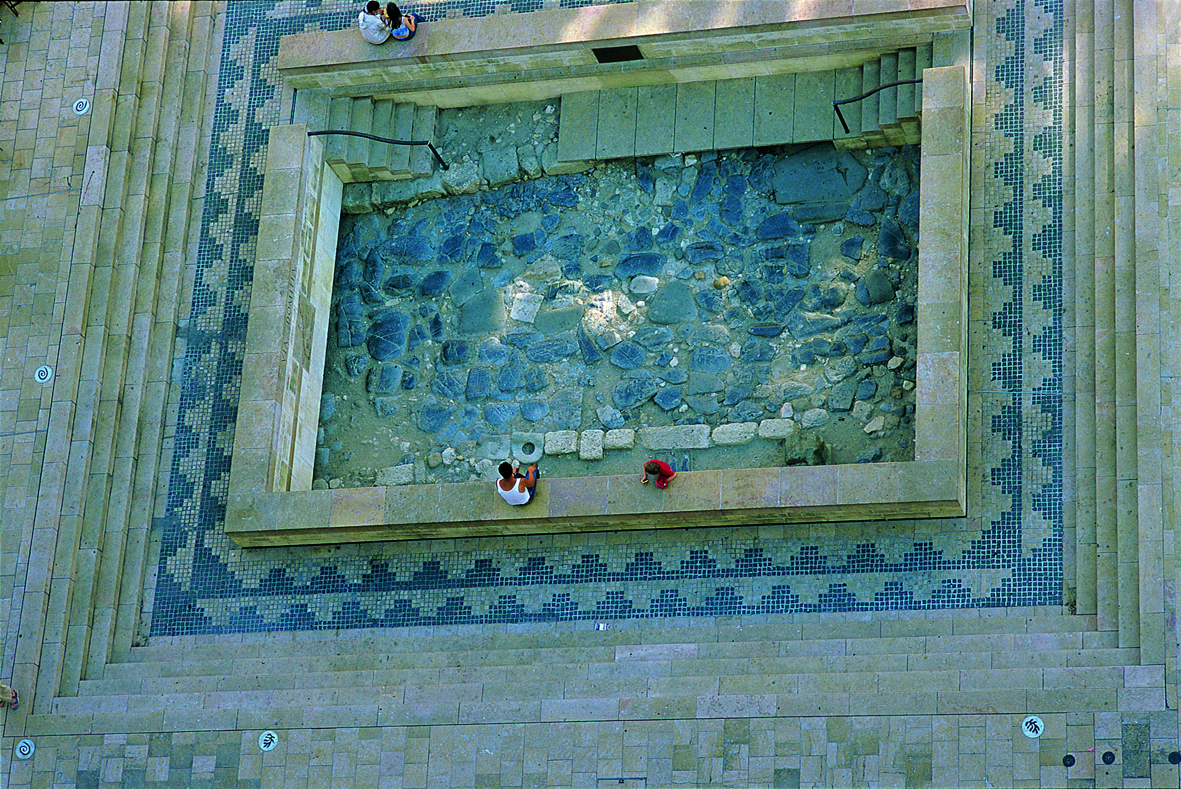 In the heart of Narbonne city centre is the Horreum – an underground warehouse which is the only remaining monument of the Roman era left in the city today. Built in the late 1st century BC, its unusual stone galleries were most likely used to store grain, wine, oil and possibly even weapons because of the military importance of Narbonne at this time. At five metres deep the stone remains give visitors a real sense of life in Narbos Martius, the capital of Narbonne Gaul.

There is so much to see and do in Narbonne and access is easy. You can moor your Nicols canal boat at one of the pontoons in the city centre and the tourist office is located just a couple of minutes walk from the museum at the Palace of the Archbishops along the Canal de la Robine.

When your canal boating holiday on the Canal du Midi leads you to Narbonne (remember, via the Canal de la Robine!) you will pass near another interesting Gallo-Roman site called Amphoralis. This is a museum dedicated to the potters of the village of Sallèles d'Aude. 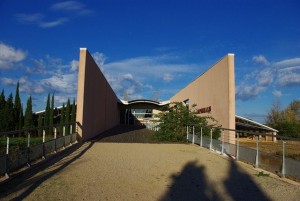 To find Amphoralis, after passing the third lock (Empare lock) moor your canal boat and walk approximately 200 metres to the museum.

It wasn’t that long before the birth of Christ that the Romans established their provincial capital at Narbonne. Close to here at Sallèles there was the clay that was necessary in the production of amphoras (a tall jug with two handles and a narrow neck) which were essential for transporting wine to the city of Rome. Wine production in this region was so vital that for three centuries the largest kilns were able to cook up to a thousand amphoras at a time, with a single cook taking several days.

The historic site was only discovered in the 1970’s when a wine grower discovered some remains of a Roman pottery while working out in his vineyards! Further exploration then uncovered a dozen ovens across a huge area that was also home to living spaces and a quarry. Now a large museum built on piles overhangs the excavation area and allows you to discover the remains of the kiln ovens as well as an exhibition covering everything you need to know about amphoras!

In the park that surrounds the museum visitors can follow a discovery trail which leads to reconstructions of the habitats and kilns identical to those found within the historic remains. There is also a ‘potters’ garden with more than 150 species of plant that were typical in this period. Lastly an arboretum display shows the varieties of wood used at the time, in particular within the cooking kilns.

Free self-tours are available in addition to paid for guided tours with an expert. Prices in 2019 were just 5€ per adult (3€ per child).
More information is available on the Amphoralis Museum website or by calling them on +33 4 68 46 89 48. 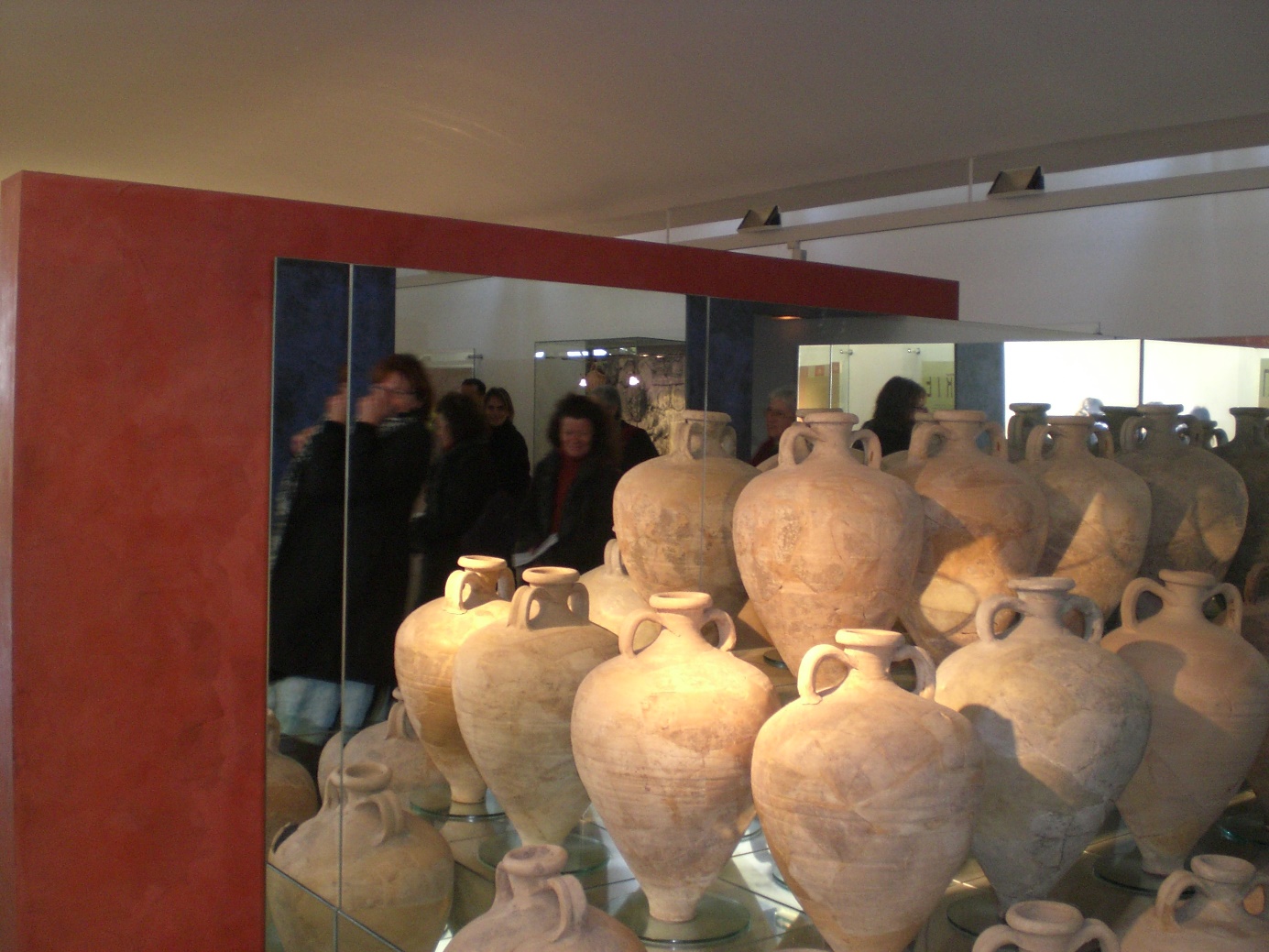