Hungary, a land of fine food and wines

A boating holiday in Hungary is the perfect opportunity to discover the exceptional Tokaj wine-making region as well as delicious Hungarian cuisine.

An introduction to wine production in Hungary

Located in the north-east of Hungary, the region of Tokaj is famous for its wines and wine cellars and has been given World Heritage recognition by UNESCO since 2002. Praise goes back much further though, with King Louis XIV claiming that Tokaj wines were “the wine of kings and the king of wines”. The most famous (and most expensive!) Hungarian wines all come from this region and there is a good mix of sweeter wines such as Aszú through to drier white wines such as Furmint or Szamorodni.

With 2.9 million hectoliters (equal to 100 litres) of wine produced per year, Hungary is ranked 16th in the world. There are vineyards covering 65,000 hectares and no less than 300 grape varieties cultivated in Hungary. Also, since the 18th century, Hungarian wines have been recognised as the world’s first appellation system with Tokaj establishing a closed production district. The town of Tokaj has seen its name used on numerous wines of the region, which has 6,000 hectares of vines and is the home of many vintages.

There is no doubt that it is the high quality of production that is what makes Tokaj wine famous. However, a key point in history is what really developed the notoriety of these vintage wines - Ferenc Râkôczi, the prince of Transylvania at the beginning of the 18th century, sought protection from the King of France Louis XIV and presented him with stocks of his exceptional wine. Immediately seduced, King Louis became one of Tokaj wines biggest fans and subsequently contributed to developing its reputation and then export around the world. Another example of the international popularity of these wines is a well-known saying from Poland which translates to “if it’s not a Tokaj wine then it’s not a good wine”.

Other examples of acclaim include Pope Pius IV who said “this is a wine fit for the Pope” and Peter the Great of Russia who purchased a vineyard in the region to have his own production of Tokaj wine! Many great writers and composers have also tasted and then praised these wines including Beethoven, Voltaire and Schubert.

So what makes Tokaj wine unique?

During the autumn, a thick morning fog covers the vines and leads to the development of a fungus called ‘botrytis’ that feeds on water. This contributes to the drying of the grape which in turn increases the sugar concentration. This phenomenon is known as “noble rot”.

The grapes from this phenomenon are called “aszús” and are then added during fermentation to dry white wine. This fermentation process of the wine in oak barrels can range from three to ten years. These wines are made from the Furmint, Harslevelù and Muscat de Lunel grapes.

Another trait of the production is the late harvest which came about by accident and originates from soldiers returning from battle much later than expected. This delay lead to the additional time where the “noble rot” process occurred and the wine makers decided to proceed with production – getting the nice surprise that it actually improved the quality. It was this chance action that became the start of what is now a famous wine producing region. 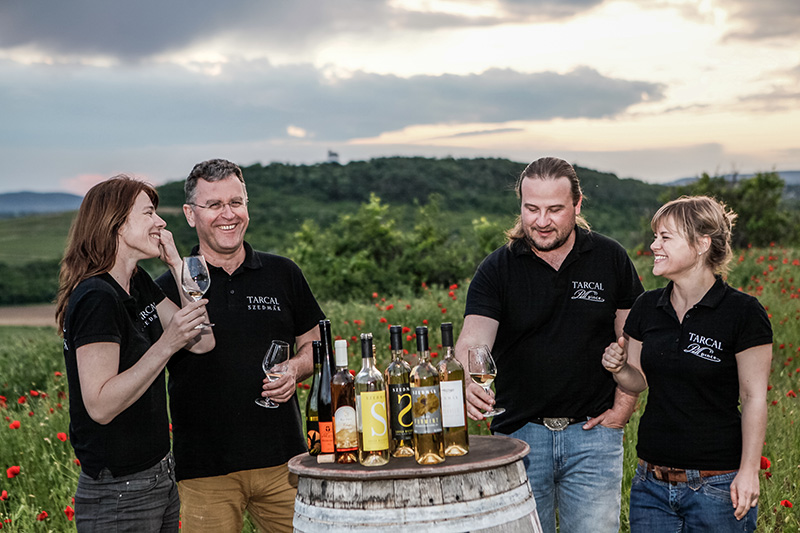 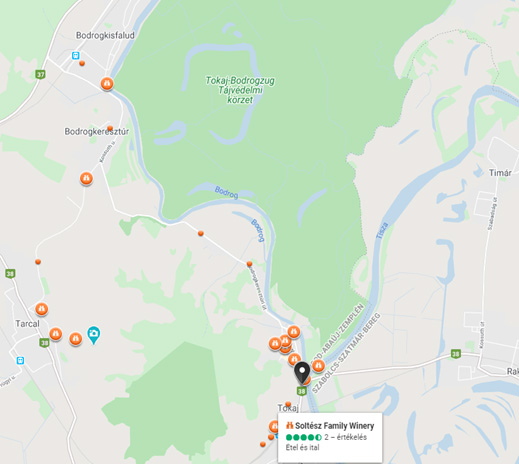 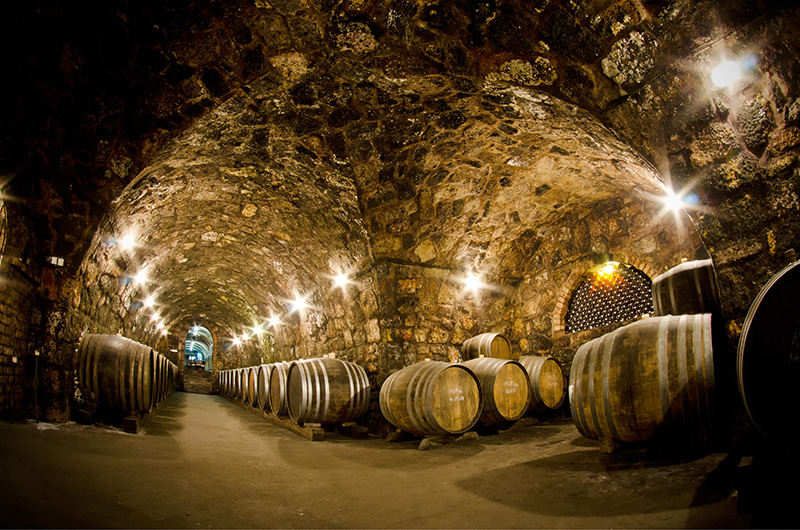 Visit the wine cellar in Bodrogkisfalud

The best way to describe the gastronomy characteristics of Hungary is that dishes are generally substantial and plentiful. The cuisine style is not very spicy but is often flavoured with paprika, oregano and tarragon.

Did you know...Hungarians consume 500 grams of paprika per person per year and use it in everything from starters to desserts! Hungarian cuisine has many influences ranging from Asian and the Austro-Hungarian Empire from 1867-1918, through to Turkey which occupied the country for 150 years in the 17th and 18th century.

What is the typical menu in Hungary?

Whatever the season, any Hungarian meal begins with a soup. The favourite is Újház chicken soup, but the best known is goulash. 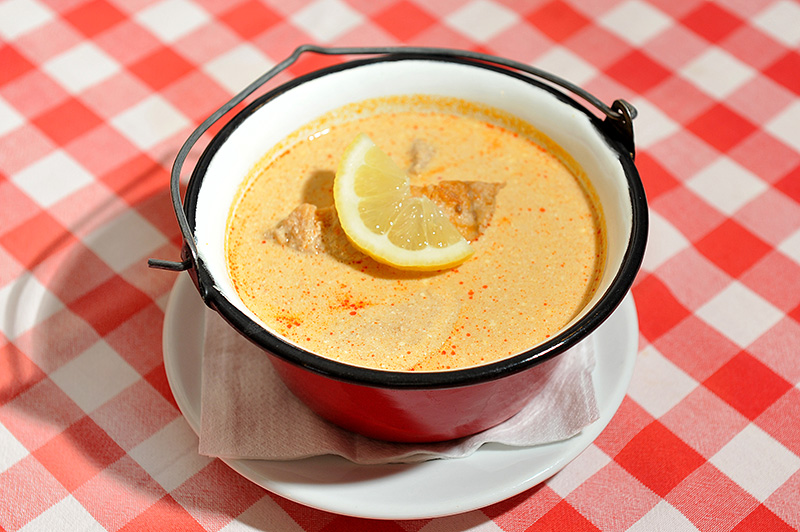 You will then have the choice between fish and meat. The most served fish are carp, pike, perch but also catfish because it is more readily available and therefore cheaper to buy. The fish are cooked fried or breaded.

Regarding meats it tends to be beef, pork and poultry. Hungarians don't eat a lot of vegetables or salads and instead they usually accompany their dish with potatoes, rice, cabbage, carrots and cucumber. 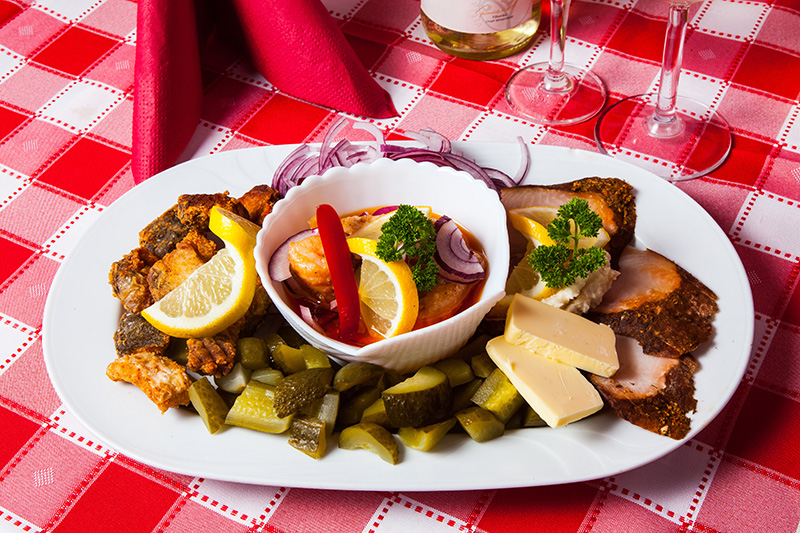 During your boating holiday in Hungary you will have a wide range of restaurants to taste these local specialties. The name "Halászcsárda" found in many villages indicates a local fish restaurant, a sort of tavern offering typical Hungarian cuisine as well as international cuisine.

If you are navigating in the Tokaj region, take the time to discover the gastronomy among these typical restaurants, chosen from among many others:

If your Nicols boating holiday takes place in the Kisköre region, here are some good places to dine (although there are many more also):