A boating holiday exploring the fine food and wine of Aquitaine

Your self-drive canal boat offers a unique opportunity to discover the culinary treasures of south-west France. Find delights such as foie gras and duck breast, the prunes of Agen, melon of Nérac, strawberries and tomatoes of Marmande and the many Aquitaine wines and spirits that are produced in the region.

Start your boating holiday with wine tasting in Buzet

The Baïse waterway, a tributary of the Garonne River, meanders through the heart of the vineyards at Buzet. The vine clad hillsides spread on both sides of the river.

The Vignerons de Buzet wine cellar is one of the largest wine producers in the region. Visitors can undertake a tour of the cellar of more than 4000 barrels and bottling line before trying some wine with a tasting experience in the ‘room of senses’. It’s a must see for wine lovers and in the summer months walks through the vineyards are also available.

Also during your canal boat cruise on the Baïse you will fnd several areas of independent winemakers such as : 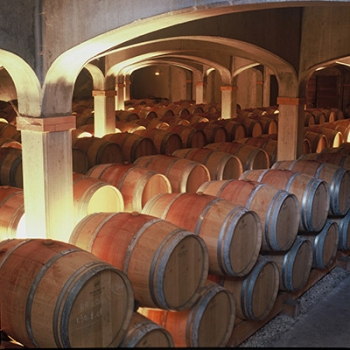 Condom, the capital of Armagnac production in Aquitaine

Armagnac, the oldest eau-de-vie in France, was born in the heart of the Gascony region more than 700 years ago. Today, Condom is a focus point for lovers of this spirit made from the distillation process of dry white wines.

Since 1954, the Musée de l’Armagnac, located in the former Episcopal Palace of Condom, has retraced the history and details of the manufacturing stages of this alcoholic drink that many have believed is a cure to several illnesses.

Also in Condom the Maison Ryst-Dupeyron, known across the world for the delicacy of it Armagnac, has been distilling for more than a century. The owners welcome you to visit the historic cellars set in vaulted stone galleries – some containing vintage drinks of over 40 years old.

As a Gasconne speciality, the foie gras can be eaten part cooked – sliced and quickly seared in a hot pan.

In Montgaillard which sits on the Garonne Canal you’ll find Ferme de Lafitte. Here you’ll have access to the freshest foie gras possible as the duck is bred and processed on site! Enjoy tasty duck in many forms – foie gras, stuffed duck neck, terrines and rillettes, duck gizzards, dried duck breast and even sausages. You can even enjoy a breakfast in the vineyards of the farm! 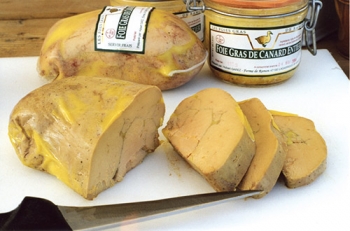 Whether your boating holiday takes you on the River Baïse or along the Garonne Canal the one thing you can be sure of is high quality restaurants lining the waterways. Many of these establishments even have a mooring pontoon that you can moor up at while you visit for a meal.

In Montech, an old lock-keepers cottage has been re-invented as a gourmet restaurant – ‘Bistrot Constant’ was opened by Michelin-starred chef Christian Constant.

The famous prunes of Agen

Made from a variety of plum called the ‘Prune d’Ente’, the dried Agen prune is one of the icons of the regions culinary tradition.

If you moor your canal boat on the Garonne Canal and head to the Roques Farm in Montesquieu you’ll discover the secrets of making prunes. The best part of a visit is tasting half-cooked prunes and leaving with a selection of sweet treats and alcohols made from the prunes and their juices.

For those of you on the waterways on the last weekend of August we recommend the ‘Grand Pruneau Show’ in Agen – a popular event held every year. Although the event is to celebrate the arrival of the first prunes of the year there is a lot more going on at this festival. 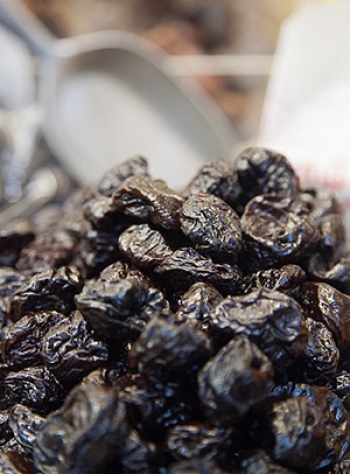 The freshest and finest local produce at the markets of Aquitaine

The best way to discover some of the regions iconic regional products – such as the Nérac melon or strawberries and tomatoes from Marmande – is to take advantage of the excellent local markets. During the summer months many run right into the evening giving these gourmet markets an almost festival feel. Must visit markets include: 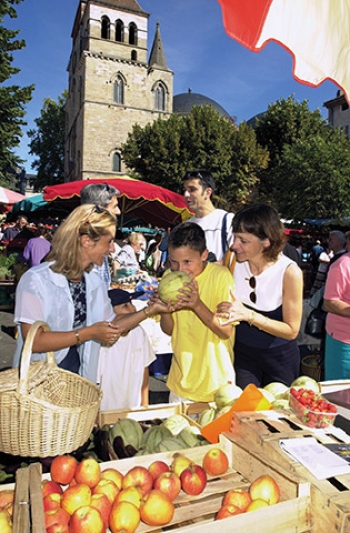 Has reading all of that whet your appetite for a boating holiday in Aquitaine?! Nicols has a wide range of cruising itineraries for either short breaks or longer holidays.

We also have lots of other useful information about the Aquitaine - the places to visit, the historic landmarks that shape the region and fun activities to do with the family. See our other articles below: