Sail back in time with a boating holiday unearthing the Camargue's history...

France’s canals and rivers have played an important part in history and as such provide excellent access to an insight into the past of a region. The Camargue is no different and historical treasures can be found at many of the towns and villages you’ll visit on your boating holiday. In this article we give our suggestions of the best to see when hiring a Nicols canal boat...

A focus on Aigues Mortes 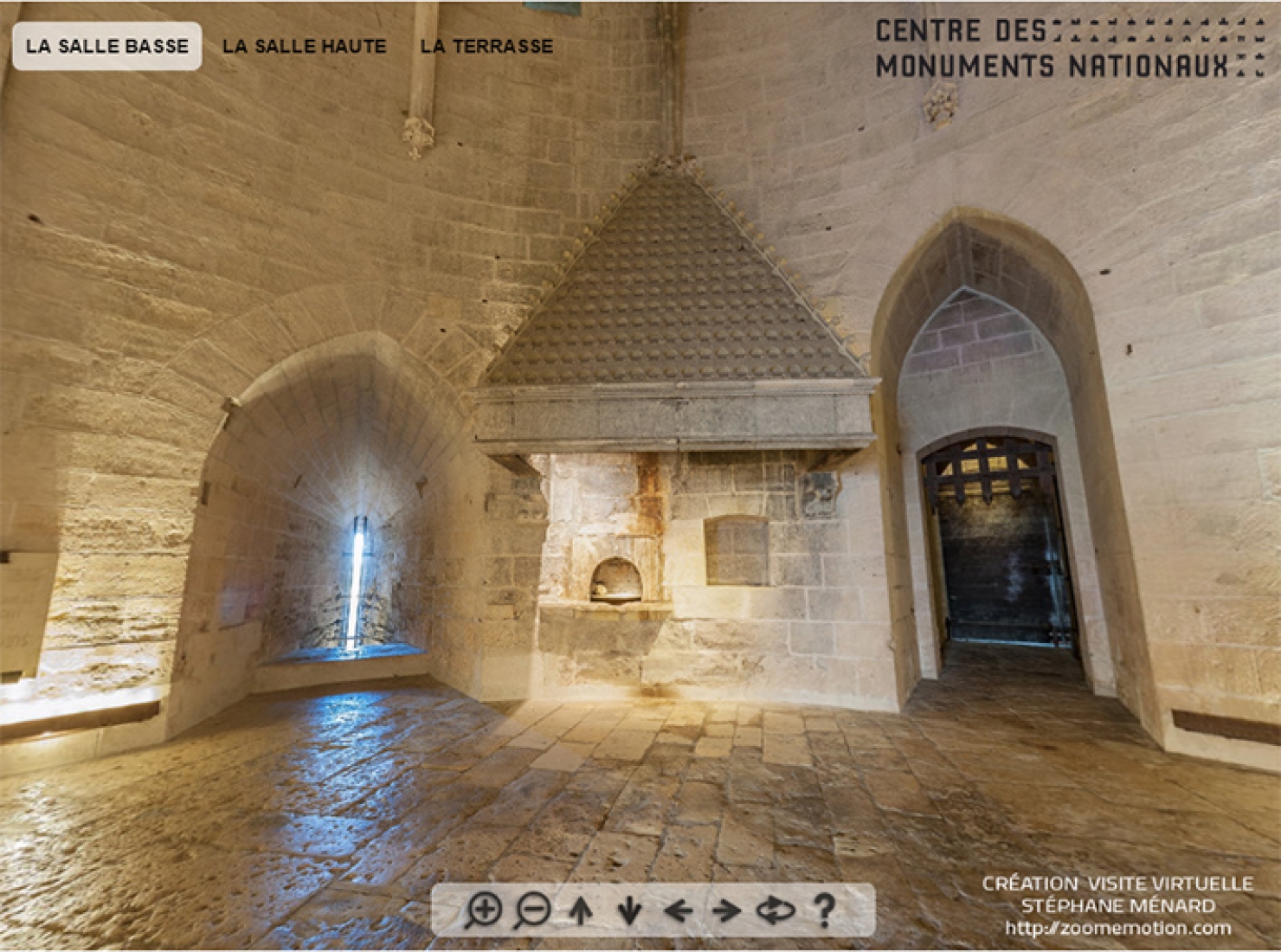 The medieval city of Aigues Mortes, which is home to our Nicols base, dates back to the 13th century and was founded by King Louis IX (better known as Saint Louis). Saint Louis was the first King to take advantage of having a port in the south of France – utilising the strategic position during the crusades of the 1248 and 1270. In later times the towers were transformed into a prison.

Today, the town of Aigues Mortes has preserved all 1643 metres of perimeter wall and there are tours around them and the famous tower of Constance. There is a paid for guided tour or free audio-guide tour. Either option leads to the remarkable views of the Camargue and the salt marshes on reaching the top of the ramparts!

Why not take a look at a virtual tour to give you a flavour of how impressive the city is.

Another option is to jump on the small tourist train for a 25 minute journey around the best bits of Aigues Mortes. While you’re driven round Saint Louis’s city you’ll listen to interesting audio commentary – available in English and five other languages.
The small train departs from Porte de la Gardette.

The cathedral at Maguelonne and its abbey

The Roman cathedral at Maguelonne dates back as far as the 12th century and enjoys a truly beautiful island style setting – located between the sea and the inland lakes and surrounded by greenery including vineyards.

Over the many centuries the abbey provided refuge for several popes who were driven out of Rome. It has also been the starting point for pilgrims on their route to Santiago de Compostela (also known by the English name of St. James Way).

Today visitors are wowed not only by the location but also the stunning architecture – a perfect example of Romanesque art. You can join a guided tour or alternatively a free tour (open every day from 9am – 6pm) where you’ll hear an interesting audio guide.

The town of Sete, located at the opening of the etang de Thau

As an extension to the Canal du Midi (then called the Royal Canal of Languedoc) King Louis XIV wanted a maritime outlet linking the sea to his famous canal. It was this, in 1666, which saw the town of Sète born. In celebration of the inauguration of the city and its port, great nautical jousting tournaments were organised and these battles on boats have remained a symbol of Sète ever since.

In addition to the port, there are plenty of other great things to see and do in Sète. There are beaches, museums and if you head to Mont Saint Clair you’ll experience exceptional views all the way to the Pyrenees. The city has a special atmosphere and has attracted artists from many fields – the most notable being Paul Valéry, Jean Vilar or Georges Brassens. Many great writers, poets,singers and painters have been inspired by Sète!

If your boating holiday takes you to Sète, located at the opening of the Etang de Thau then make sure you take time to experience:

Choose from the Regional Centre of Contemporary Art Languedoc-Roussillon, L'espace Brassens (a museum about the life and work of Georges Brassens), the museum dedicated to poet Paul Valéry, the International Museum of Modern Arts and the Museum of the Sea.

Discover the famous nautical jousts – organised every year since 1666 and taking place during the feast of Saint Louis celebrations, usually around the 25th August.

Enjoy a taste of local foods – heavily influenced by the sea of course! Try stuffed mussels and squid, monkfish, rice, fish soups, sea bream and freshly caught shellfish from the Etang de Thau. Choose from prepared meals in the restaurants of Sète or pick some up from the local markets. 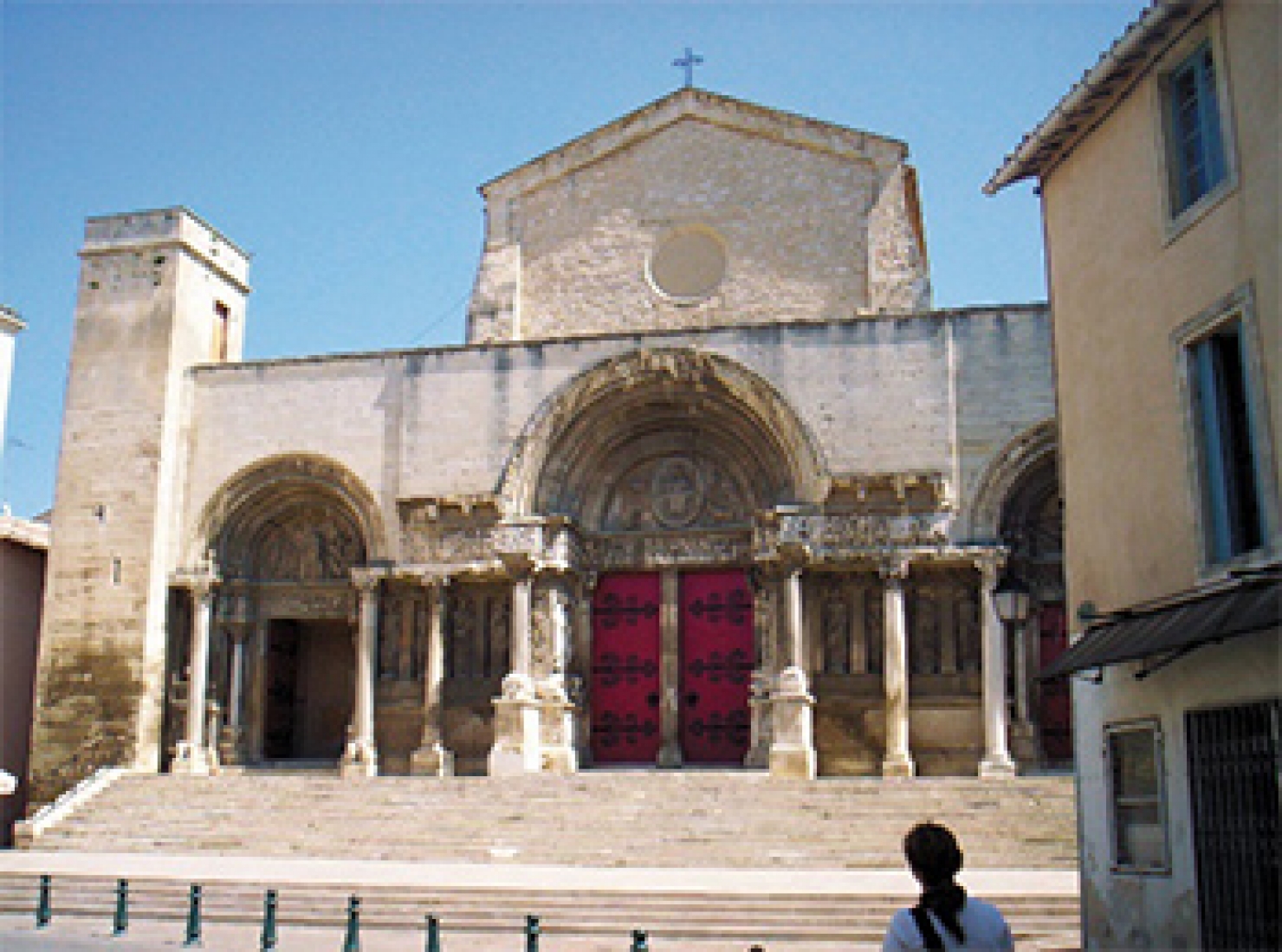 The facade of the abbey St Gilles,
classified as a World Heritage Site
by UNESCO

If you navigate your canal boat in the opposite direction from Sète – so heading East – then you will arrive at the town of Saint Gilles. We recommend mooring up and visiting the abbey.

Saint Gilles gets its name from an old nobleman who retired as a hermit, taking refuge in the village. His exemplary way of life inspired many Catholics who then decided to found an abbey in his name. The tomb of Saint Gilles was re-discovered in 1865.
There are monuments and a unique spiral staircase around the museum and abbey and since 1998 the facade of the abbey has been listed as a World Heritage of Humanity by UNESCO. The abbey is also a stop off point on the pilgrimage to Santiago de Compostela (also known by the English name of St. James Way).

If you continue your canal boating holiday along the Canal du Rhône à Sète you’ll arrive at Bellegarde. From here you can take a taxi to the city of Nîmes located just 15km from the canal. There are some splendid monuments from the Roman era – the most famous ones being Arènes de Nîmes, the temple of Diane, the Maison Carree (the Square House) and the Roman walls.

To help prepare you for your boating holiday on the Canal du Rhône in Sète (remember no previous boating experience needed!) why not read our other themed articles about holidays in the Camargue:

To see all of the cruising itineraries, from short breaks to longer holidays, visit our Aigues Mortes destination page.

To check the availability of canal boats for your holiday click the book now button.