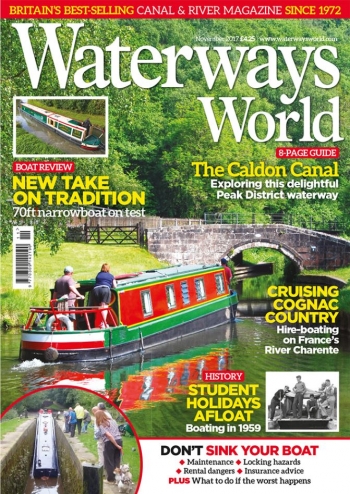 It was on a hire-boat exploration of the Canal du Midi in 2015 that my wife Becki and I had our first taste of overseas cruising, and became such fans of the French waterways we’ve been holidaying afloat in the country every year since.

The appeal? Exactly the same qualities that entice millions of British holidaymakers across the Channel each summer: sunshine, fine cuisine, rich history, Continental culture, and the adventures and delights of a foreign land. But for boaters there is another significant draw: the sheer unspoilt nature of many of the country’s waterways.

With a land mass so much greater than Britain, and a population of roughly the same size, many of its canals and rivers are almost entirely rural, running for mile after mile through landscapes untouched by drab suburbs, ugly industrial estates, busy roads and modern infrastructure. If you want true get-awayfrom-it-all cruising, it really is the place to go.

Such an experience was just what we needed in the summer of 2016 when we spent the week after the Brexit vote exploring the peaceful waterways of the north-east Alsace region, blissfully unaware of the political turmoil back home. And in June of this year – by pure coincidence, on the day after the general election result was announced – we set out on the Charente River in the south-west hoping for similar escapism.

Isolated from other French waterways, the Charente is navigable for around 164km from Angoulême to the Atlantic just south of La Rochelle. Our starting point was Nicols’ hire-base at the village of Sireuil, which is around 14km west of Angouléme.

Here, among the line of large white cruisers, we found a much smaller boat, distinguished by its beige flash, that was very familiar to us.

>> Read the rest of the article

Franche Comté cruising - Doing the Doubs
Going on a self-drive cruise gave Lara Dunn time to relax and enjoy the quiet charms of Franche-Comté We are back in Dole, ...
Casting off for new adventures on lakes
Living a great life for a week as the captain aboard a luxury boat on Germany’s waterways Ever dreamed of setting sail on holiday ...
All items
Discover the brochure
Contact us
Call Us