One week
Add to my favourites
DEPART :
Cahors
By :
Larnagol
ARRIVE :
Cahors
DISTANCE :
148 KM
TIME :
30h00
LOCKS :
34
from 979 EUROS**
BOOK
* Cruise suggestions: non contractual information
** All prices are calculated on the basis of a two day weekend in low season.

This boating holiday itinerary allows you to visit the major sites of the Lot Valley in the most beautiful way – sailing in the heart of the river on a spacious and stylish canal barge. No previous boating holiday experience is needed to embark on an adventure to discover the impressive limestone cliffs, carved rocks, the Cahors hills, picturesque villages and not one but two UNESCO World Heritage sites (Saint-Cirq-Lapopie and Cahors).

Douelle: discover the wine cellars of Malbec
Once a major trading port of the Lot Valley, Douelle is today an interesting stop-off point in your boating holiday itinerary. Take advantage of the great opportunity for visiting the many castles and vineyards of the Lot Valley and Cahors.

Luzech: in the heart of the Cahors vineyards
This peninsula forms one of the most spectacular sites of the Lot Valley and the Cahors vineyards. A pedestrian route allows easy exploring of the charms of this typical regional village including the House of the Consuls of the 12th century, Chapel Saint-Jacques (known as Pénitents Bleus), episcopal dungeon, medieval ruins and narrow streets...

Larnagol: Discover the Pech Merle cave at this stop-off on the Lot River
Between Bouziès and Larnagol, moor your canal boat at mooring point PK 191 and then head to the small town of Cabreret about 6 km away. The town is home to the ornate Pech Merle cave, a world famous prehistoric site where you can see paintings that date back more than 20,000 years. These painting are of mammoths, bison, horses and much more! After visiting Cabreret, continue passing the picturesque villages on the banks of the Lot River before mooring up at the small river port of Larnagol. At the top of Larnagol visitors will find a castle which dates back to the eighteenth century and that was rebuilt on the ruins of an eighth century fortress. 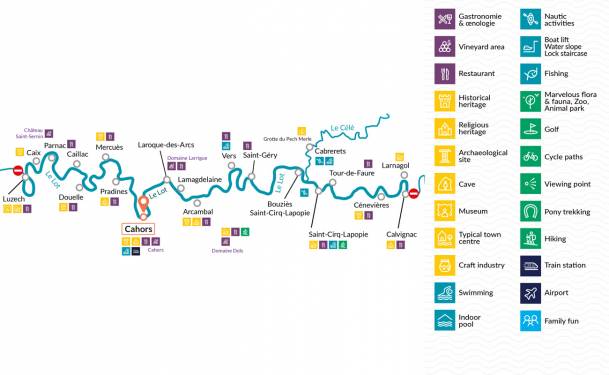 Beautiful landscapes
You’ll find it hard to better a boating holiday on the Lot River. The landscapes are stunning and the fine wining and dining is superb! 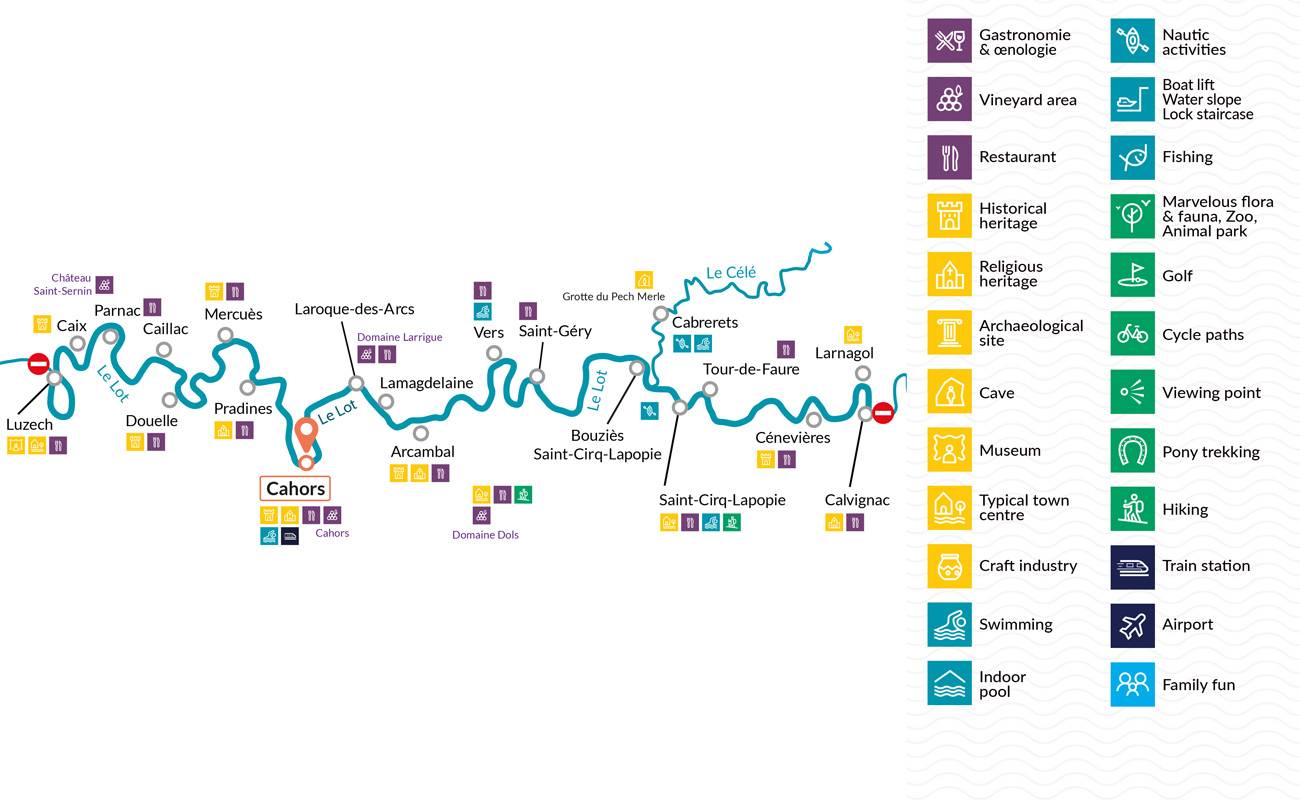