One week
Add to my favourites
DEPART :
Buzet-sur-Baïse
By :
Valence-sur-Baïse
ARRIVE :
Buzet-sur-Baïse
DISTANCE :
112 KM
TIME :
28h00
LOCKS :
40
from 923 EUROS**
BOOK
* Cruise suggestions: non contractual information
** All prices are calculated on the basis of a two day weekend in low season.

For an unforgettable boating holiday, hire a stylish canal boat and explore the land of King Henry IV and the Musketeer d’Artagnan. Take time to discover bastides and medieval castles and sample delicious local dishes and wines including duck breasts, Armagnac and Buzet wine.

The Nicols base is located at the crossroads of the Canal de Garonne (also known as the Canal des Deux Mers), the Lot River and the River Baise. This means that from Buzet-sur-Baïse there are numerous cruising possibilities that will give you a flavour of typical villages in and around the Gers and Gascony region, as well sample the best fine dining and quality vineyards that are here in abundance.

After cruising as far as Valence-sur-Baïse on the River Baïse it is time to think about the return leg of your journey. Look out again for the favourite places you found so far, or maybe stop off at some new ones as you cruise back to the starting base at Buzet-sur-Baïse. 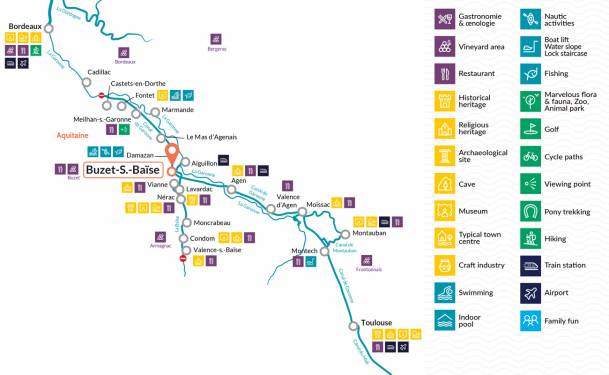 The joy of life, the joy of sailing!
We have so many great memories from our holiday – from the kindness and warm welcomes of others on the waterways, to the hilarious fishing antics of our captain…not forgetting the blissful moments daydreaming while looking out across the water in silence – the only noise being the gentle purr of our Nicols 1100 in the background. This was a hugely rewarding experience that was full of joy. 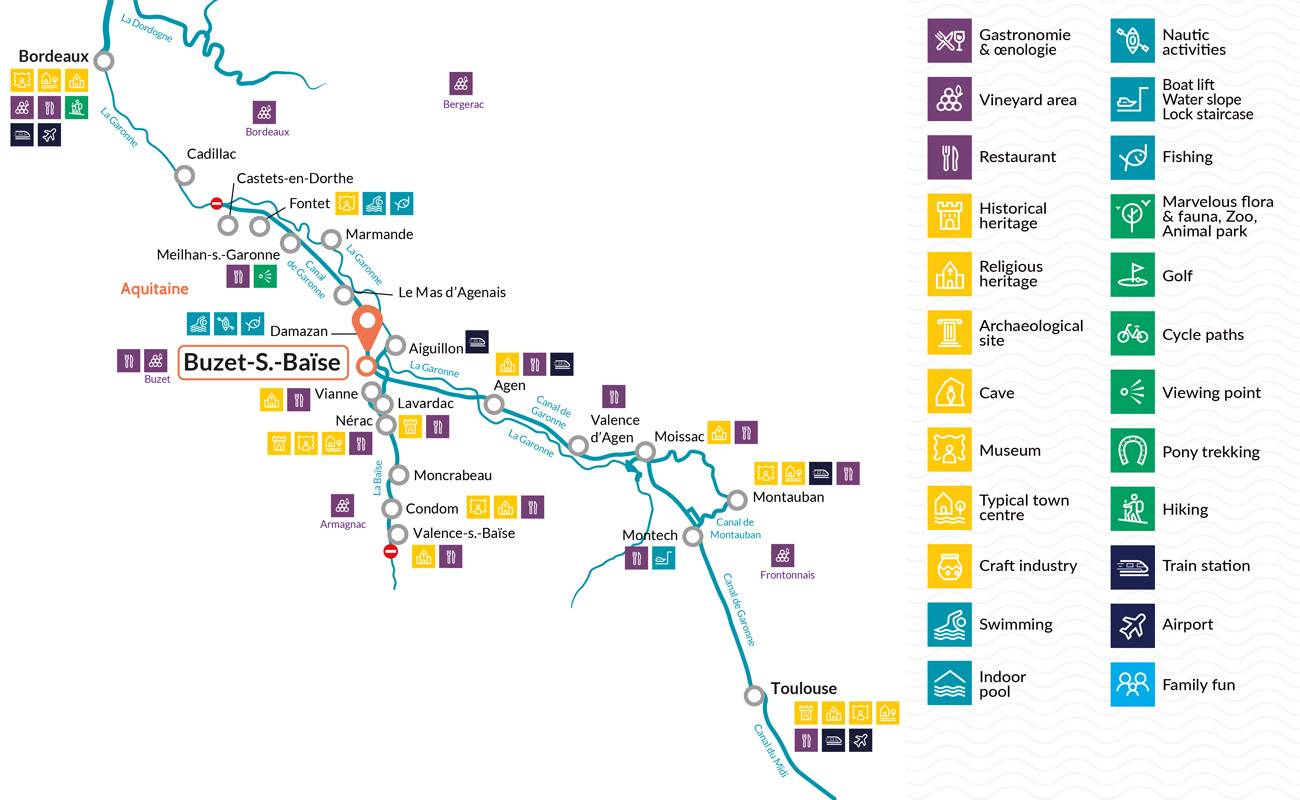