A boating holiday on the Canal du Midi

No previous experience is needed for this canal boat holiday on the Canal du Midi. Cruise under the shade of the surrounding plane trees, passing through locks and typical French villages before reaching the medieval city of Carcassonne.

Located midway between Toulouse and Carcassonne, Port Lauragais is an excellent starting point for renting a canal boat on the Canal du Midi. From here you’re in the perfect location for exploring the riches of the ‘Canal Royal du Languedoc’ - the original name of the Canal du Midi during the reign of King Louis XIV.

Seuil de Naurouze: Highest point of Canal du Midi (190m), waters of the Black Mountains,  watershed where water one side flows to the Atlantic and the other side flows to the Mediterranean, hikes in the hills of Lauragais

Segala: known as the country of 100 valleys, NOT pottery dating from 1820 (open Mon– Fri and by appointment on weekends)

After cruising as far as Trèbes on the Canal du Midi it is time to think about the return leg of your journey. Look out again for the favourite places you found so far, or maybe stop off at some new ones as you cruise back to the starting base at Port Lauragais 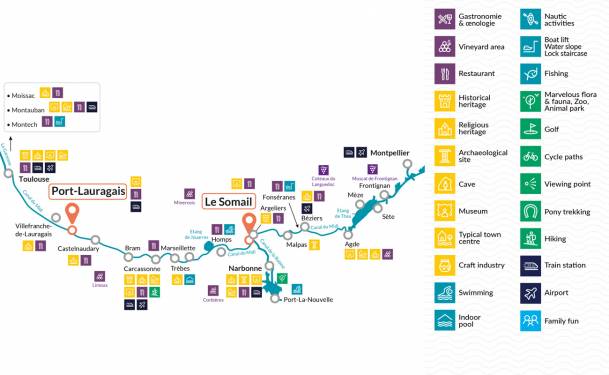 Already planning our next holiday!
We combined the fun of navigating with visits to fascinating places from history which included mooring in the heart of Castelnaudary, a walk around the fortified city of Carcassonne and the staircase of locks at Trèbes. We’d highly recommend a boating holiday on the Canal du Midi. 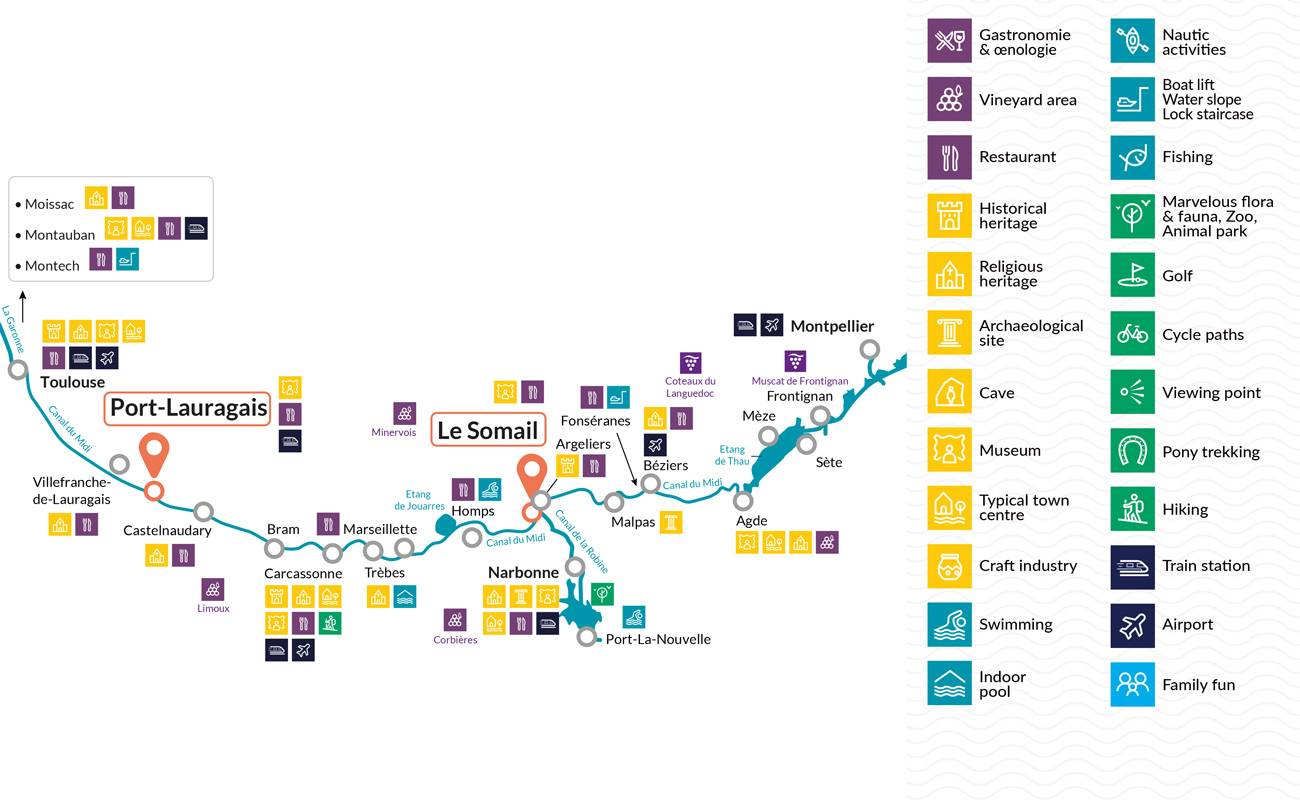