Cruise in the land of the Counts of Nevers

It is customary to say that the Canal du Nivernais is one of the most beautiful waterways in France. And for good reason! Take off the moorings with your rental boat and set out to discover the riches of the Nièvre over water: medieval dungeons and hilltop castles, rampart circuit on the charming island of Decize, historic visit to Nevers ...

Our boat rental base located in Plagny in the Nivernais is at the confluence of two waterways - the Canal latéral à la Loire and the Canal du Nivernais, one of the most famous destinations for canal boating holidays.

Plagny: Near (6km) to city of Nevers – capital of earthenware, Former F1 race circuit and ‘Musée Ligier F1’ at Magny Cours with a collection of F1 cars (10km)

Decize: Relics of the ‘Château des Comtes de Nevers’ and fortifications of the 12th and 16th century, St Aré church and its Merovingian crypt, ramparts, ‘La promenade des halles’ with imposing plane trees sating back to 1771

Châtillon-en-Bazois: Châteux with parks and gardens (open between 16th July and end of August)

When you have explored Châtillon-en-Bazois, it’s time to turn back and perhaps revisit some of your favourite places on the journey back to Plagny where you will return your canal boat at the Nicols base. 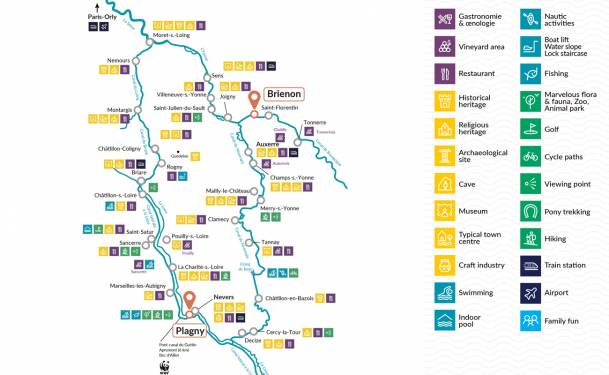 A holiday worth repeating!
We took a week-long boat trip on the Nivernais canal with our two children, aged 8 and 12, and they loved it! We enjoyed breakfast on the deck with delicious local produce, observing the local flora and fauna as we sailed, spending afternoons fishing in the canal and visiting the towns and villages along the route. We’d love to do it all again! 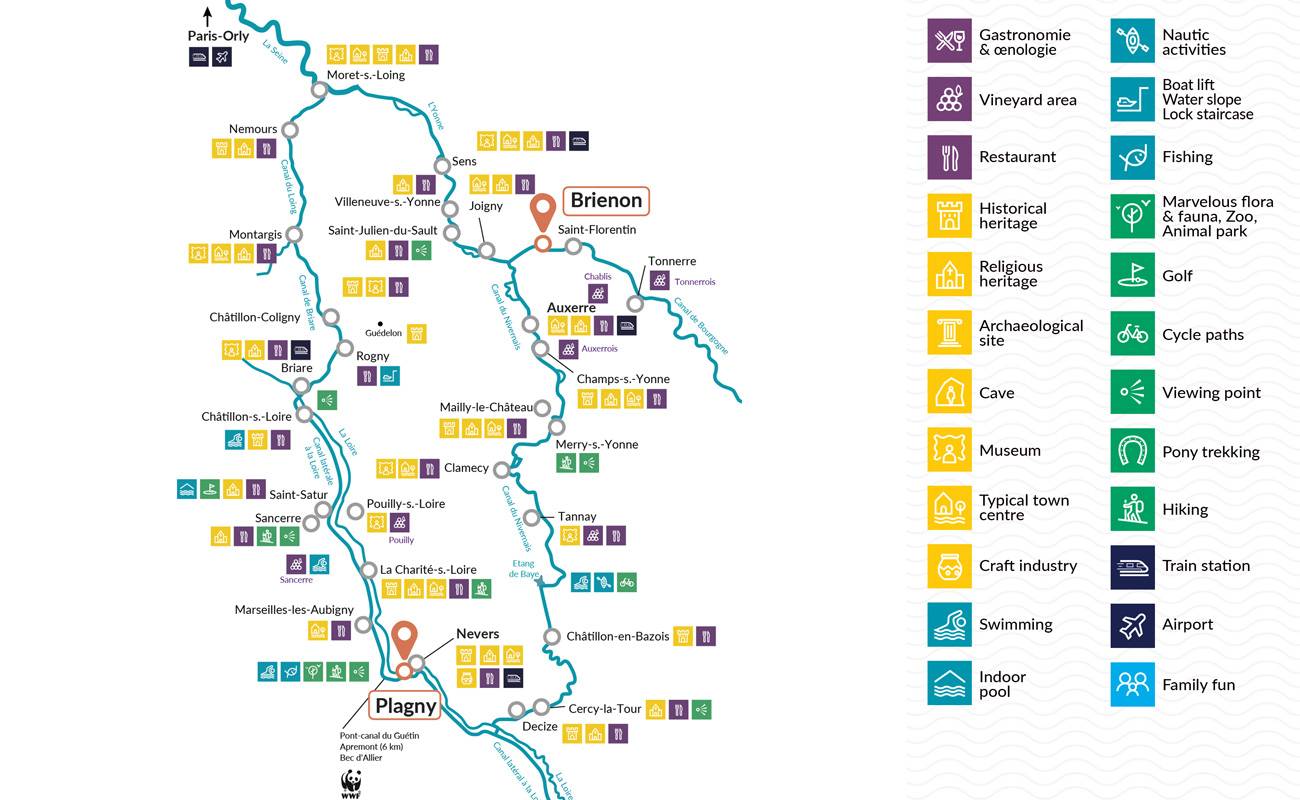