Your canal boat is perfect for exploring Burgundy’s famous vineyards

No previous boating experience is needed – simply pick up your Nicols canal boat and cruise on the River Yonne and Canal du Nivernais where you’ll come across many vineyards close to the waterways. Crémant de Bourgogne, Vincelottes, Irancy are just a few of the well-known names in wine making that you’ll come across on this one week boating holiday itinerary.

Laroche-Migennes: a winner of ‘towns in bloom’ and located at the beginning of the Canal de Bourgogne, famed for its cabaret shows and stars, 5th century Gallo-Roman mosaic

Champs-sur-Yonne: at the crossroads of the River Yonne and Canal du Nivernais – separated by a narrow dike, 13th and 15th century churches, Town hall (old 16th century castle), Stone gables houses or half-timbered houses from the 15th and 16th centuries

Rochers du Saussois: Cliff plunging into the canal – popular with climbers and hikers

After cruising as far as Rochers du Saussois on the River Yonne it is time to think about the return leg of your journey. Look out again for the favourite places you found so far, or maybe stop off at some new ones as you cruise back to the starting base at Brienon. 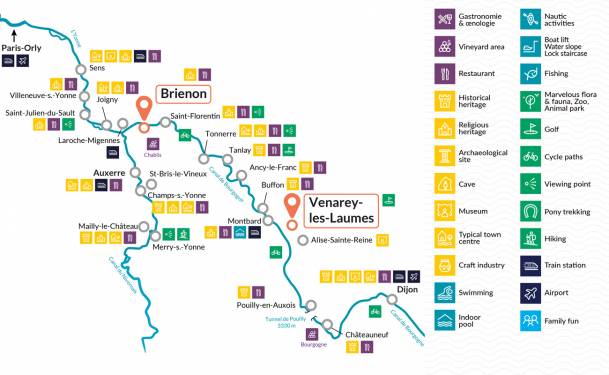 The perfect holiday
Our holiday on board the Nicols 900 was perfect. We were amazed by the quality of restaurants on offer, the wide choice of things to do and the friendly lock keepers who make passing through locks a breeze. In fact travelling along the Canal du Bourgogne in general was very easy – even for beginners to boating holidays! 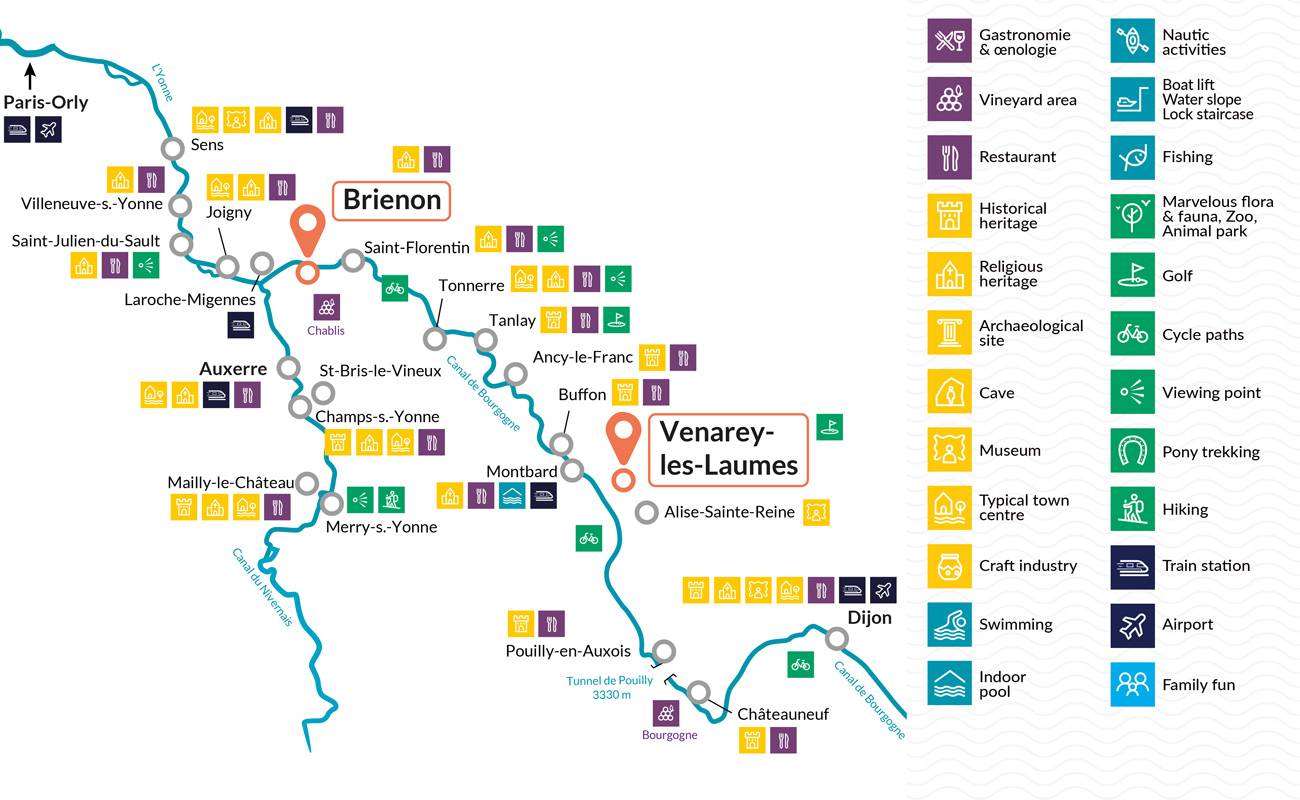