from 1400 EUROS**
BOOK
* Cruise suggestions: non contractual information
** All prices are calculated on the basis of a two day weekend in low season.

A 10-day boating holiday itinerary has many advantages. To begin with, your start day or return to base day will instead fall outside of the peak weekend days. This means that not only may you notice less traffic on the roads when travelling to the Nicols base but that our teams will have much more time to dedicate to going through everything about your boat and navigation on the waterways. Also by stretching to 10-days canal boat hire, you can choose one of our standard "one week" routes and take your time to increase either the number of stop-off points or the time you spend at each, or you might decide to explore further afield with a longer route such as the one suggested below.

Laroche-Migennes: a winner of ‘towns in bloom’ and located at the beginning of the Canal de Bourgogne, famed for its cabaret shows and stars, 5th century Gallo-Roman mosaic

Champs-sur-Yonne: at the crossroads of the River Yonne and Canal du Nivernais – separated by a narrow dike, 13th and 15th century churches, Town hall (old 16th century castle), Stone gables houses or half-timbered houses from the 15th and 16th centuries

Rochers du Saussois: Cliff plunging into the canal – popular with climbers and hikers 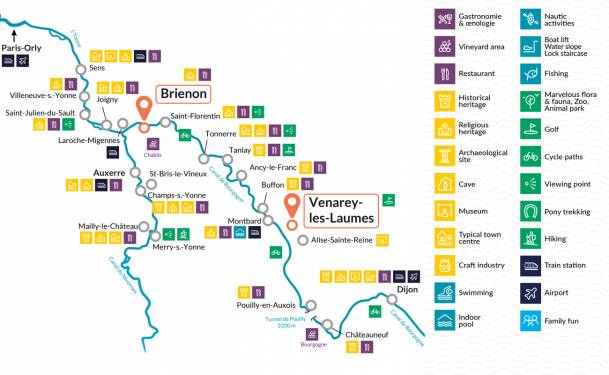 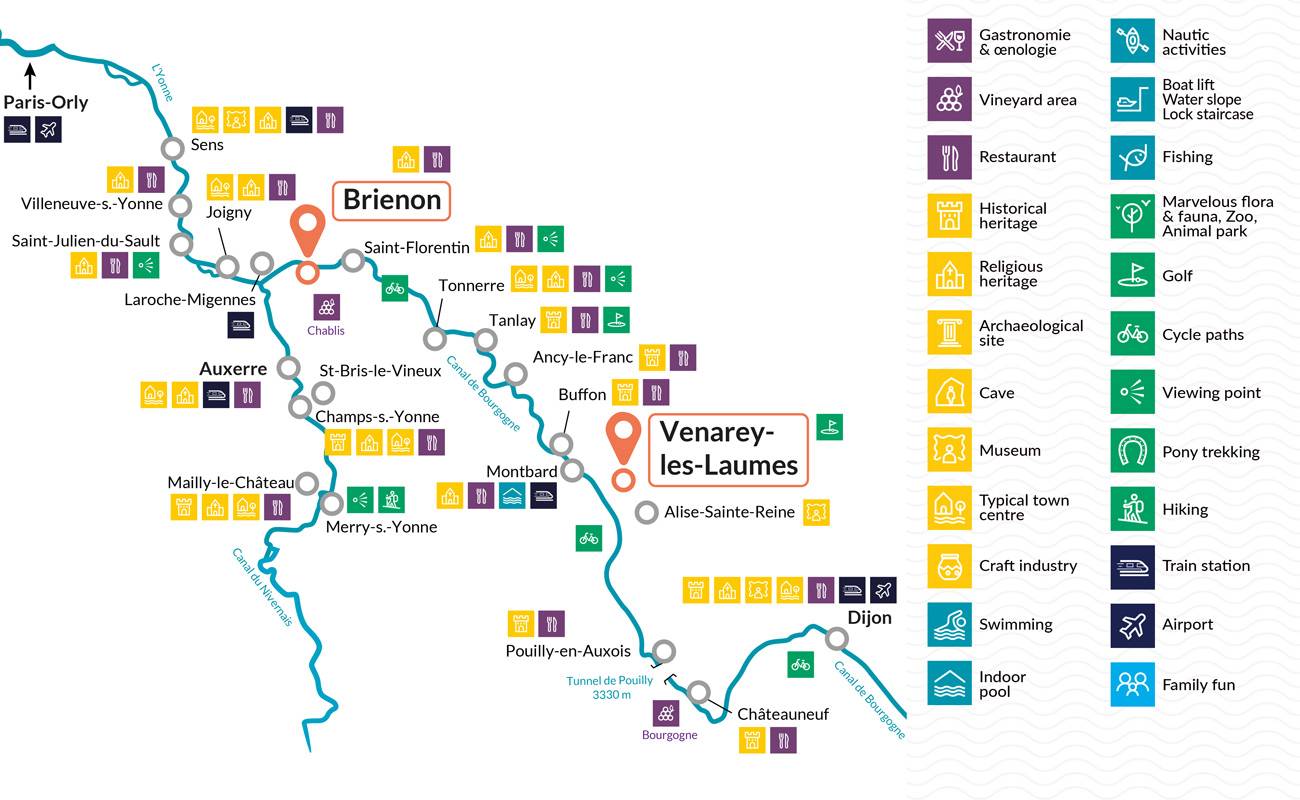